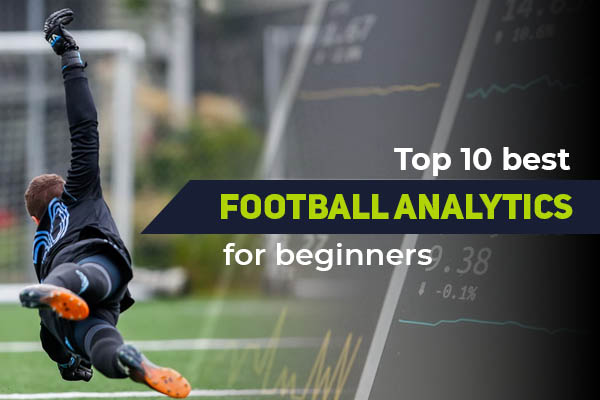 A decade ago if you would have told someone that possession percentage, angle of the shot, the position of each of the defenders and the quality of assist (if there was a metric like this at all) would enable you to calculate whether the goal could be scored or not, fans of the game would have made fun of you.

Even today, hardcore fans of football and passionate spectators would argue that goals are scored through practice, skill and grit of the player and that data and numbers having no role to play in it.

No one is refuting the fact that talent triumphing over the offensive thrown at you is key to winning matches and that heart and grit you put as a player makes you a game-changer however, mathematics can help you predict the outcomes if not influence them.

Therefore, Daryl Morey’s ‘Math Movement’ was such a hit in American sports.

Thankfully, various football clubs also have come to this realization that percentages and statistics will help them in the long run. They have recognized the importance of analytics in today’s evolving world.

It might be surprising for you, as a beginner in the football analytics field, to know that the incredible winning streak of Ole Gunnar at ManU and the subsequent fall was already predicted by the analysts.

When it comes to betting, the odds and probabilities are already there. Bettors don’t need convincing that numbers do have a crucial role in determining who would win or how many goals will be scored in the game or if the penalty would be favorable to one team or the other. The beautiful game of football lends itself to the art of analysis using mathematics however, just because data is available in abundance doesn’t mean that it would be always used correctly. To help you understand how football analytics is used and to usher you into the journey as a beginner, we have listed out the top 10 analytics ahead.

These commandments will help you appreciate the context required to analyze teams and players, what numbers to use as a guide and to ask the right questions.

How skilled is the striker, whether the shot is from inside the 6yard box or outside, what is the angle of the shot and many such factors determine the goalkeeper’s ability to stop a ball?

No matter how old you are to the forum or how believable the data seems to you, it is stupid to collect data from any forum. Always rely on trusted sources and websites to gather all the data you need. Analytics is a tricky business because one single variation in your data point can be disastrous for the model you are working on.

You might be a beginner into analytics and stuff but your domain knowledge about the game needs to be on point. Using lone statistics and random logics into the model will always land you in trouble at the end when you are expecting to get usable numbers to bet.

Expected goals should be used to calculate your odds for players rather than the teams. While the scores are attributed to the team, the actual goal is scored by the forward players hence, this metric is more about getting opportunities rather than creating chances.

Most amateurs believe that anything xG is always related to scoring goals. The misnomer however makes it hard to digest. Post-shot xG metric should be used for goalkeepers rather than strikers.

The pass per defensive action is a tricky metric. You cannot use it across the whole field. The idea is that there is not much ‘defensive action’ in the deep 40% of the pitch for the defensive side hence, only the action in the remaining 60% pitch is counted.

These are only useful when combined with another set of metrics and not individually. Moreover, only a sequence of 10+ passes is useful and tangible.

What many beginners do not factor in when calculating odds through analytics is the weather during the game. It plays a huge role in determining the winning side. The ball defies normal physics during rains and moisture on the turf can make or break great shots at the goal.

One huge mistake people make using analytics tools is that they form bias in their minds. For example, player x completed 85% of the passes in the last season as per the numbers. This does not make him a good passer. It only means that 85% of the passes were completed by the player.

You might be highly confident of the model you have created but start with small bets using the model. You might have to fine-tune certain aspects before it can be used with large stakes against odds.

Analytics is the science, not magic

Science can only help you predict behavior by analyzing the patterns. In the end, it is just probability and not a guarantee. While analytics are being used to scout for players, define the positions of players or create successful game scenarios, it is not yet a fully developed science and a work in progress. You should not expect huge profits as it is not a magic formula to convert all your losing bets into winning ones. Player performance or form and many such inexplicable factors can change the outcome of the game as opposed to your expectations and predictions. Hence you need to be careful before relying on any metric or model.