Who will win the 2021-22 edition of English Premier League? 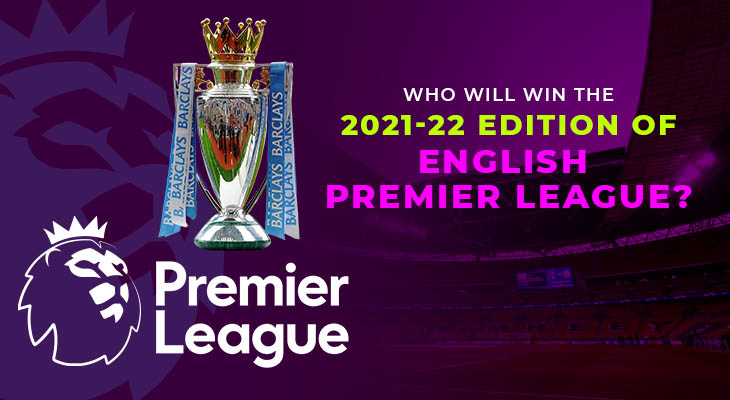 Since its birth under the name of the Premier League in 1992, which was a 180-degree turn in English football where the direction and focus of the competition changed, the tournament has become a lot more pleasant for the fans and much more profitable for the clubs, thus turning the highest English football competition into a world class reference for all championships.

Among the most significant changes was the management and distribution of TV rights and adaptations in stadiums and security to attract more fans to the matches, all this translated into a tournament that resulted in greater economic gains for the clubs, making it is very attractive to foreign investors starting with Mohamed Al-Fayed in 1997 who bought Fulham and helped it get promoted from the third tier of English football to the Premier League. This type of investment continued to occur from that time to date, which has given a very high competitive level to the competition.

Today we have a league that brings together most of the best players in the world like Kevin De Bruyne, Mohamed Salah or Cristiano Ronaldo as well as most of the best managers on the planet like Jurgen Klopp, Antonio Conte and Pep Guardiola, thus making the competitiveness of the league rise more and more every year.

Despite this level of competitiveness, as in any tournament, there is a group of favorites to win the trophy and below we analyze who they are:

One of the two clubs that has benefited the most from the arrival of foreign investment in England is Manchester City (the other is Chelsea FC, making it difficult to say who has benefited the most), who thanks to this has formed not only a great first team but a great staff, youth teams and facilities that have brought the most successful period in the history of the institution.

For the 2021-22 season, the citizen club is the main candidate to lift the league trophy, which they went on to win last season, since it has chosen to continue Pep Guardiola’s project and most of the first team players, being City’s only notable addition the signing of Jack Grealish from Aston Villa. While in the departures section, the most important are Sergio Aguero, Eric Garcia and Ferran Torres, all of them to FC Barcelona.

After 5 years under the guidance of Guardiola, Manchester City has quite assimilated the style of play proposed by the Spaniard where the key is possession of the ball, which means that the rival has few goalscoring chances and therefore scores less goals. This has resulted in it being the team with the fewest goals scored against at this point in the tournament, having received only 14 goals in 23 games played, which is an average of 0.6 goals received per game, that is, less than one goal.

Additionally, City’s attack has only top players making almost any alternative they use in that facet dangerous. It is worth pointing out the great season that Portuguese Bernardo Silva is having, with 7 goals, equaling his best scoring season with the English club. The Manchester club had a winning streak of 12 straight in the Premier League that was cut short by a draw with Southampton on matchday 23. If they maintain that level, City will be the winners of the Premier League.

Liverpool is 9 points behind Manchester City with one game less than Guardiola’s team following in a certain way the same formula since they have also chosen to continue what they already had, having signing of Ibrahima Konate from RB Leipzig as their sole addition of the transfer window. As for departures, the most significant were those of Georginio Wijnaldum to PSG and Xherdan Shaqiri to Lyon.

The Reds have retained some of the main offensive weapons they had in the team’s prime during the Klopp era; Salah, Mané and the full backs, Trent Alexander-Arnold and Andy Robertson. The Egyptian has scored 16 goals in 20 games played, which makes him the best scorer in the team and in the Premier League, as well as being one of the most dangerous players in the world in one-on-one situations. Mané and Salah have found a new ally in Diogo Jota, since the Portuguese has scored 10 goals in the league, being the second top scorer in the tournament.

Liverpool is the highest scoring team in the Premier League with 58 goals in 22 games, 3 more than City who have played one more game, which tells us about the attacking power of Klopp’s team that has managed to recover Robertson and Alexander-Arnold’s best levels as additional weapons on offense. Full backs are the third and first best assists in the competition. The second is Salah. This tells us about the way Liverpool plays and that it is a guarantee that they will score at least one goal in each game since they have scored in 21 of the 22 games played.

The third option to lift the Premier League title, although it seems a bit complicated due to the consistency of Manchester City and Liverpool, is Chelsea. They are currently 10 points behind the Citizens with one more game and one point behind the Reds with 2 more games than Klopp’s team. Despite this, the Blues have shown themselves to be a balanced team that manages to perform well both when attacking and defending. In fact, in addition to being third in the standings, they are the third best attack and the third best defense.

Following the line of Liverpool and City, Chelsea only had one high-profile additions, which is that of Romelu Lukaku from Inter Milan as well as that of Saul, on loan from Atletico de Madrid. Although, unlike the other two candidates for the title, they had several sales such as Fikayo Tomori, Olivier Giroud, Tammy Abraham or Kurt Zouma who, although they were not regular starters but they provided the squad with greater depth. Despite this, they are still a complicated team that already caused a surprise last year by winning the UEFA Champions League, so they should not be ruled out.

Taking a look at the season so far (almost two-thirds), Manchester City is the team that, if they keep up the pace they have and don’t fall into a bad streak, should be the champions of this edition of the Premier League.

Having a professional football tipster on your side is also one of the best tricks to learn. You can have the best of the lot from various parts of the world at soocertipsters.net and have correct tips and many of those, too, for keeping the betting action alive and kicking.